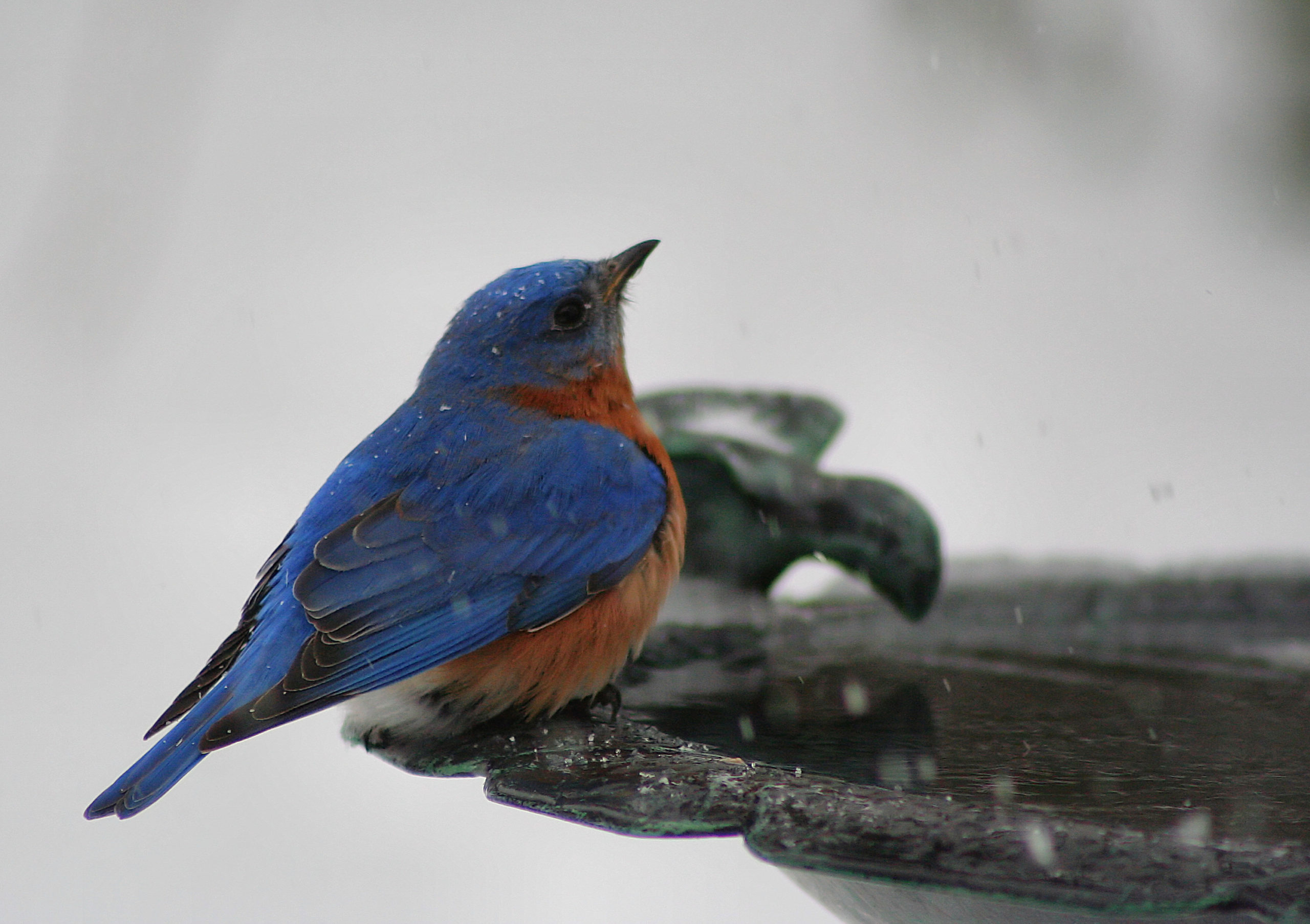 If you are reading this, you’ve probably become accustomed to the routine tapping at your window by a bluebird. You’ve probably seen the poor bird hover and strike at the window with its beak.

Why does the bird repeatedly bang into your window? Could the bluebird be demented? Is it trying to communicate something important? Can I do something to discourage it from striking the glass windows?

In this article, we look at a fascinating phenomenon–image-fighting in bluebirds. We’ll uncover the truth of why bluebirds sometimes attack, peck, or fly at their reflections.

Why Do Bluebirds Peck at Windows?

Different bird species respond differently when they see their reflections. In fact, the only bird species that seems to recognize itself in a mirror reflection is the Eurasian Magpie.

Like most other birds, bluebirds sometimes display aggressive behavior towards their reflection on mirrors, windows, and other shiny surfaces. The birds are seen to attack, fight, peck, call, stare, or display at their reflections.

The behavior has been described as image fighting. It is also commonly referred to as avian shadow boxing.

Why Does a Bluebird Keep Tapping on My Window

Some people talk about bluebirds tapping on windows as a way of communication. Such folks interpret the tapping as the birds trying to let the homeowner know that they may be in danger. This couldn’t be further from the truth.

Bluebirds do, in fact, have a way of signaling other bluebirds when there is danger lurking. Typically, when a bluebird notices a predator or intruder nearby, it’ll make loud chatters and may even dive-bomb the perceived enemy.

If you, for instance, were to approach a bluebird’s nest box after the nestlings have hatched, you’d most likely hear warning chatters from the mama or papa bluebird. You might also get dive-bombed if you don’t leave the nest area. This is how bluebirds communicate when they perceive nearby threats or dangers.

Therefore, bluebirds tapping on windows isn’t a mode of communication. The birds aren’t trying to tell you anything.

Why Bluebirds Fly into Windows

Bluebirds fly into windows mainly because they see their reflections in the window glass. The bird thinks of its reflection as a stranger. Their response is, therefore, most likely some sort of territorial defense.

Simply, the bluebird perceives the reflection as an interloper in its territory. The flying, pecking, and attacking windows are merely attempts by the poor bird to protect its home.

While image-fighting may be seen throughout the year, it is more common during the breeding season.

Some bluebirds do not always fight their window reflections. Instead, you may see the bird fly horizontally to the window, hover or flutter in front of it, and then make a few strikes at the glass before flying away or perching on the window sill.

Some birdwatchers propose that such birds might be mistaking the reflection in the window for actual nature. Such birds, therefore, tap on the window as they try to get to the nature that they perceive in front of them.

How To Discourage Bluebirds from Tapping on Your Windows

Sometimes, bluebirds fight so viciously with their reflections that one might think that an evil spirit possesses the bird. Obviously, such behavior can be distracting or even annoying to a homeowner.

Here are some of the ways in which you can discourage bluebirds from repeatedly “ assaulting” the windows of your home.

How to Prevent Bluebird From Hitting Your Windows