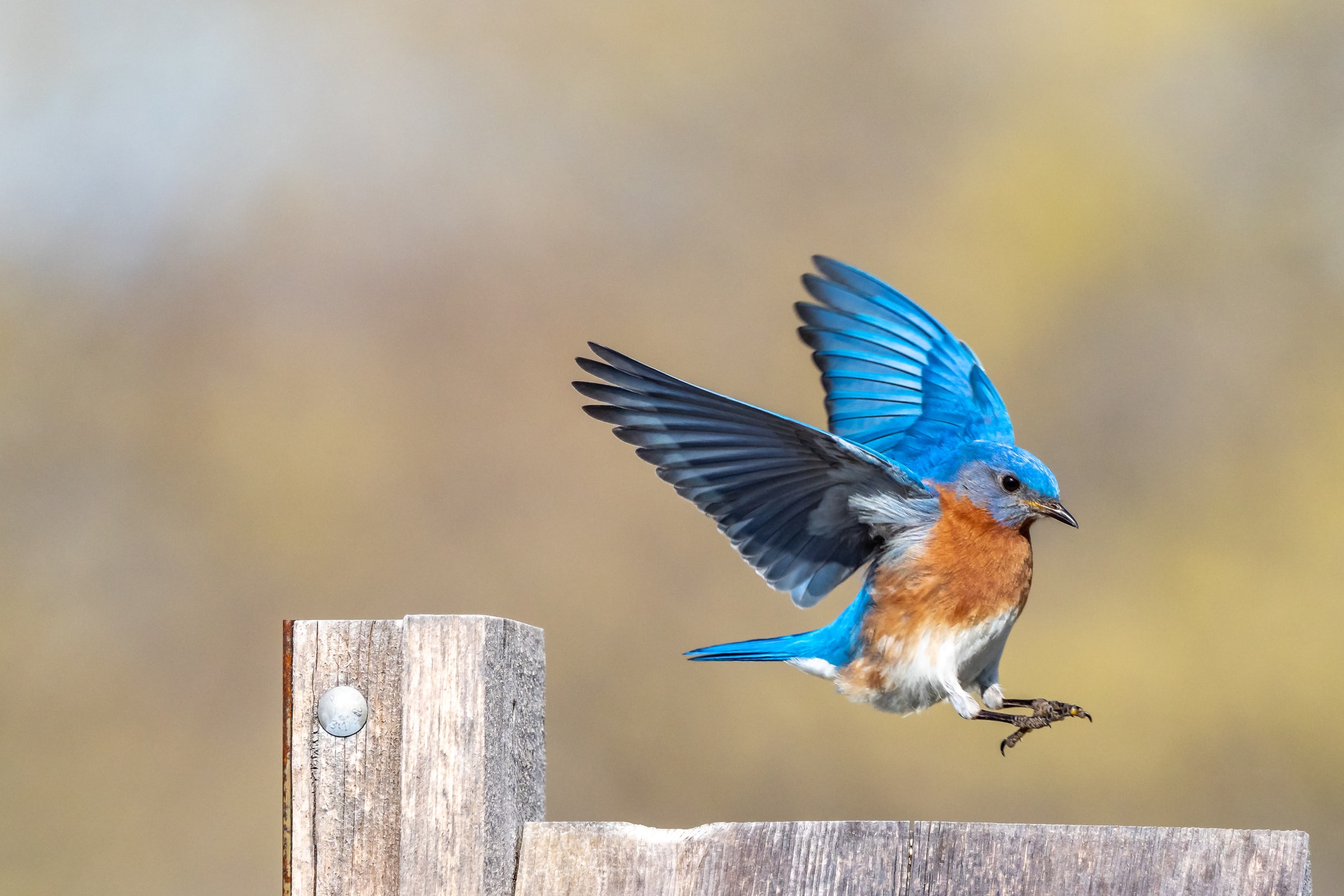 John Burroughs, a renowned 19th-century naturalist, and writer once said,  “The first bluebird to appear in spring is usually just as welcome as the blue spring sky itself.”

Burroughs’ statement goes to show that few birds are more universally cherished than these beautiful harbingers of spring.

Their esthetics make bluebirds desirable backyard visitors. Bluebirds have a pleasant song, graceful shape, gentle habits, and bright color. Hence, it’s easy to see why people might be interested in attracting these beauties into their yards or gardens. And what better way to attract them than with food?

The matter of bluebird’s food supply thus deserves careful consideration. More so because wherever nature’s lavish provision is inadequate, these birds must be provided for by their human friends.

This article, therefore, discusses in detail the nature of food consumed by bluebirds.

What Do Bluebirds Eat?

Bluebirds are generally insectivorous. They primarily eat insects for the most part of spring, summer, and early fall.

In late fall, and during winter, cold temperatures reduce the number of insect populations available to bluebirds for food. The birds consequently turn to an alternative diet comprised of mainly fruits and berries.

Fun Fact: Each day, a single bird eats about 4 grams of food, an equivalent of about 12% of its body weight.

Essentially bluebirds are omnivorous. However, their diet is predominantly animal foods (~70%) with vegetable matter making up about 30% of food eaten.

Most of the animal food eaten by bluebirds is made up, for the most part, of insects, insect larvae, a few spiders, and a few other myriapods.

Ground beetles constitute a significant food item eaten by the bluebirds. Each month, these birds eat them or their larvae so much that beetles consist an average of 20% of the bluebird’s diet. Few birds exceed this beetle-destruction record. In fact, among farmers, bluebirds have a well-established and appreciated reputation for destroying ground beetles.

Depending on their habitat, and general food availability, bluebirds may eat:

The vegetable portion of a bluebird’s diet is largely wild fruit. Raspberries and raspberries seem to tempt the bird’s appetite.

Interestingly the fruit-eating period isn’t during summer when fruits are fresh on trees. Instead, fruit is mainly a bluebird’s winter food.

Vegetable foods eaten by bluebirds include:

How Do Bluebirds Catch Food?

Bluebirds capture their prey using a variety of techniques. Usually, the technique the bird uses depends on the prey being hunted, the temperature of the day, the availability of perches, as well as the prevailing light conditions.

Most bluebirds prefer the classic sit-and-wait method to catch insects. Oft times the bird selects an elevated perch with an unobstructed view of the ground. They then scan the ground and once they spot an insect, they drop and grab it in one fell swoop. This may also be referred to as drop-hunting.

Flycatching or hawking is yet another prey-catching tactic used by bluebirds. Here, the bird flies in pursuit of flying insects such as flies.

Other times, bluebirds look for insects on tree leaves and branches. This is called gleaning.

Rarely do these birds hop on the ground in search of food.

What Kind of Food Attracts Bluebirds?

Based on the foods that birds eat, it’s easy to justify the high esteem in which bluebirds are held. The birds do not prey on garden plants or animals in any way that makes them injurious or annoying. Again, the nature of its food indicates that there’s nothing to be feared from the bluebird.

Therefore, it’s would not be a bad idea to attract some of these blue-colored thrushes to your property. In fact, having a couple of them around would make you the envy of the other bluebird-less watchers.

An excellent way to attract these birds is to make bluebird-friendly food available in your yard.

If you are a true bluebird enthusiast, you could even provide nest boxes in addition to feeding the birds.

Consequently, if you intend on feeding multiple species, you had better separate their feeding stations to provide one that’s dedicated to feeding and attracting bluebirds.

What Do Bluebirds Eat in Summer?

During spring and summer, bluebirds subsist upon insects to the extent of 80% of their diet. This happens in spite of cherries, strawberries, grapes, elderberries, and other fruits being abundant and at their best.

What Do Bluebirds Eat During Winter?

During winter and late fall, temperatures are low, insects are scarce, and only waste fruit is available. Nevertheless, this is the time when bluebirds choose to fill up on fruit.

What do Baby Bluebirds Eat?

Bluebirds are prolific breeders. Each brood includes 4-6 nestlings and they usually bring 2 or 3 broods a year. Indeed, bird watchers have observed that sometimes the young of the first brood will assist in feeding the later broods.

Observers have commented that the real food for young bluebirds consists primarily of grasshoppers and crickets. Other components of a young bird’s diet include caterpillars, spiders, and bugs but in small quantities.

Bluebirds mainly feed on insects and a few vegetable foods. Thus, feeding them at home can be tricky. However, I hope the tips and knowledge we offered here will help you achieve meaningful success in feeding and/or attracting bluebirds into your home.