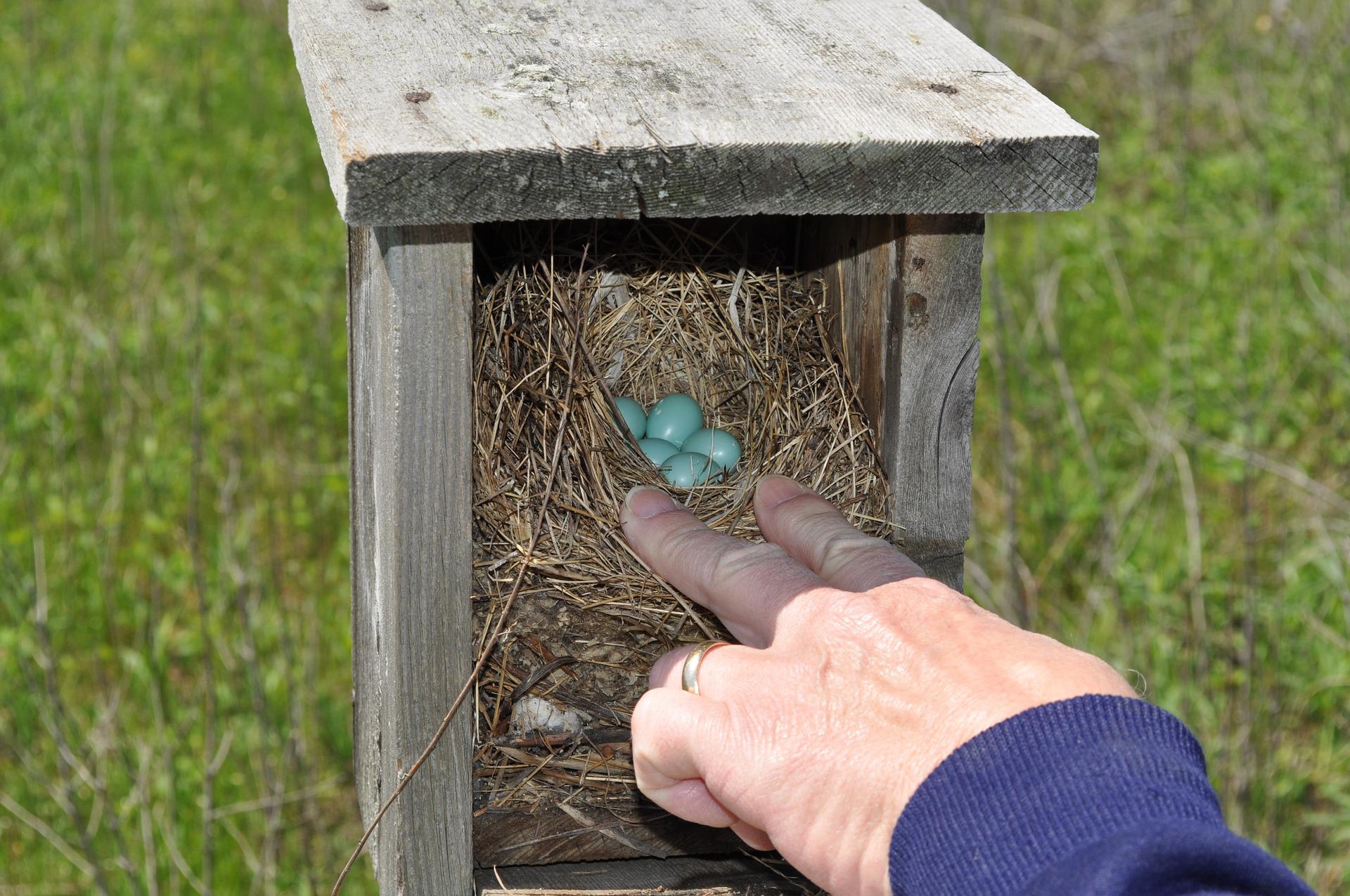 One commonly asked question among bluebird lovers is what is the true color of bluebird eggs? Is it blue, green, white, or pink?

Naturally, many bird enthusiasts want to make informed decisions when it comes to identifying birds and their eggs.

Therefore, this article goes into an in-depth analysis of what the color of bluebird eggs really is. We’ll further explain why the eggs appear like they do and what a bluebird’s egg color might mean.

What Is the Color of Bluebird Eggs?

98% of bluebird hens lay blue eggs. Nevertheless, less than 2% may lay white eggs, while less than 1% may lay eggs that are pink in color.

The eggs are usually laid in clutches of 4-5 eggs. It, however, is not uncommon for a female bluebird to lay as many as 7 eggs in a single brood.

Eggs in the same clutch are usually of one color. The color is never alternated amongst eggs within a single clutch. In other words, for every clutch, female bluebirds lay either all blue, all white, or all pink eggs.

Why are Bluebird Eggs Mostly Blue in Color?

Bluebird eggs have been described as having a characteristic powder-blue color. Some folks also describe the eggs as being blue-green.

Irrespective of how one describes the eggs, the blue coloration results from biliverdin being deposited on the eggshell. The female bird’s shell gland does the deposition.

Therefore, the egg color directly correlates to the biliverdin content of the shell. For example, white eggs have no or minimal biliverdin pigmentation. On the other hand, blue eggs have very high concentrations of biliverdin.

Are All Bluebird Eggs Blue?

Bluebird eggs are most often blue. However, they are times when females lay white or pink eggs.

Furthermore, the blue coloration varies substantially between clutches laid by different birds. Indeed, individual birds lay eggs that differ from other bluebirds in color and mass.

The existence of multiple discrete eggshell colorations among bluebirds may be referred to as egg color polymorphism.

What Does the Blue Color of Bluebird Eggs Mean?

While genetics might be the most obvious explanation, various other factors have been theorized to impact a bluebird’s egg color.

A healthy bird in excellent body condition can produce lots of biliverdin, eventually getting deposited in eggshells. Hence the egg coloration could reflect how healthy a female bird is during its egg-laying period.

Based on the above factors, some bluebird watchers have proposed that the blue coloration may be a trait that advertises the female bird’s genetic worth or body condition to male birds.

Differing egg coloration among bluebirds allows females to differentiate their own eggs from ones laid by conspecific brood parasites. Being obligate secondary cavity nesters, bluebirds usually compete vigorously amongst themselves for nest sites. Therefore, females are likely to use their uniquely colored eggs to discriminate against eggs laid by another bird.

All three species of bluebirds (Eastern, Mountain, and Western Bluebirds) lay blue eggs. A small number of them, however, lay white or pink eggs.

The color of the egg may signify the condition of a female bluebird during its laying period. Additionally, the bird may use egg color to differentiate between its eggs and another bird’s.