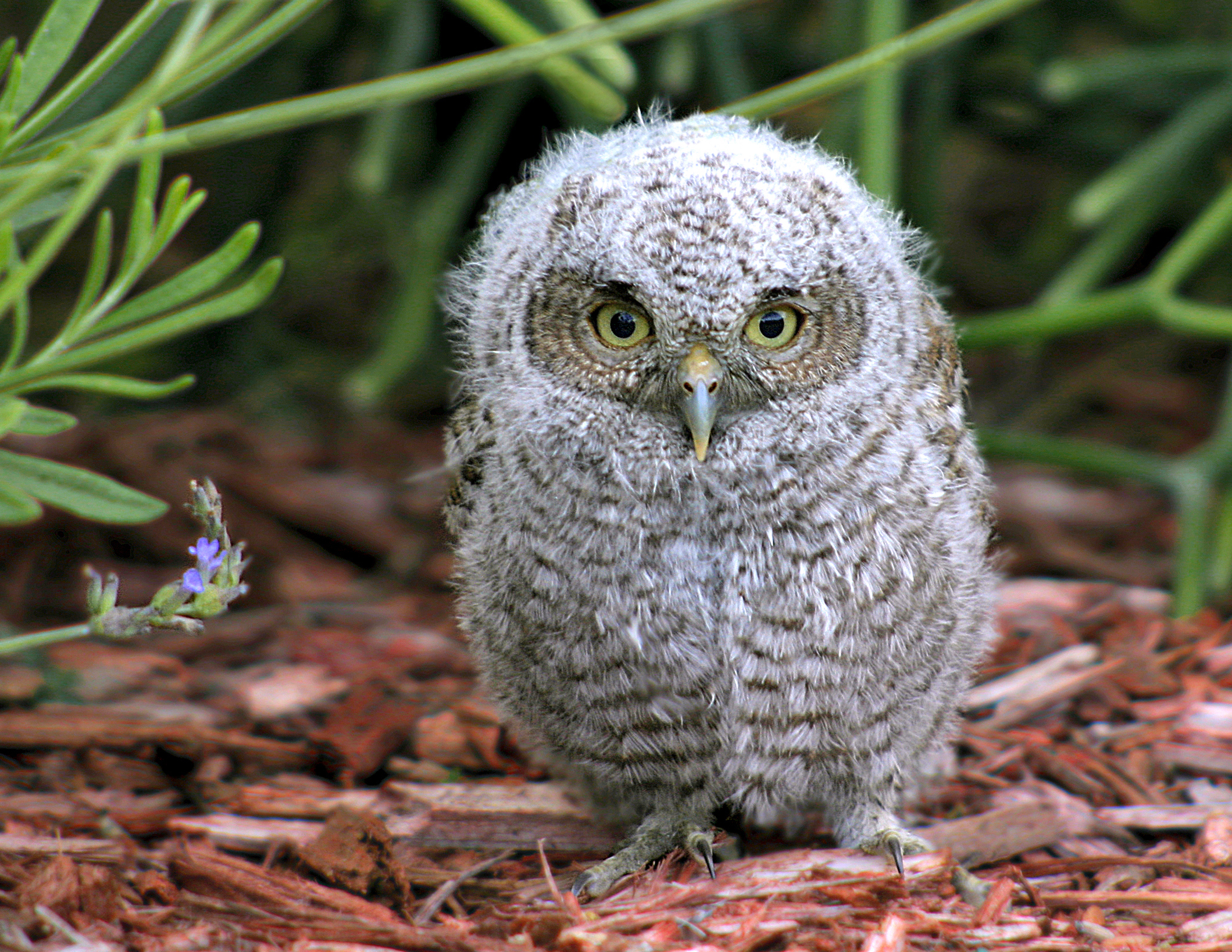 The owl is a fluffy, beautiful bird that is very interesting to look at, and in fact, we can never tire of looking at it. They are big birds with seemingly short legs. Yes, you read right. The legs of owls only look short. When their feathers are lifted up, it is surprising to see how long their legs actually are. The fact is that the length of the legs is actually hidden by the feathers that they have.

These majestic birds seem to be fully in control of their emotions but they are very capable of showing expressions that match the expressions of human beings when they want to. For instance, look at the displeasure of the owl in the picture. I do not blame him, for, who would like his skinny legs being exposed to the whole world like this?

The skinny legs should not fool us into misjudging the strength of this bird. It is a very strong bird. It is natural for us to expect a very sturdy and rough body in such a strong bird, but that is not quite the truth. This powerful bird has soft downy fluff and an unexpectedly slender body which is astonishing.

We are awestruck by the strength of the owl when it comes swooping down on its prey. But is that the picture we get when we look at it without its feathers? Actually, there is no connection between the sight of the bird minus its feathers and what it actually is. The body does not exactly reflect the strength that the bird has.

The owl’s legs in the picture of the skeleton have us surprised at the disconnect between the length of the legs and the body.

There are some things that surprise us so much that we are never able to forget it. And the picture of an owl with no feathers is one of these. I am sure that once we have seen it, the picture is the first thing that comes to our minds when we look at owls.

This owl in the picture is warming up its long slender legs for a long night ahead – a night which will be spent looking for prey. Hunting without well-prepared lengthy legs in top condition is not possible, is it?

This is the picture of a windy day when the feathers of this beautiful baby owl are blown back to reveal its legs. These fluffy baby owl legs look so delightfully charming and attractive!

Now that we are thoroughly aware of the length of the owl’s legs, let us look at what purpose these legs serve. The picture here is self-explanatory and is proof that these birds need legs as long as the legs that they have. Owls live by hunting and swooping down on unsuspecting prey.

They have to catch their prey when they least expect it and to do this, they need to have long legs which can reach the prey without getting too close to it. If they get too close, the prey will get alerted. The legs also help the owls to get their prey without making any noise.

The picture of this owl is amazing. The lengthy legs actually look bulky and heavy when compared to the much smaller body of the owl. This picture arouses our curiosity about whether it is really difficult for the owl to manage such heavy legs when it is up in the air.

This picture seems to confirm that it is really difficult for this owl to manage its legs!

When we witness these birds flying around, they look so sleek and efficient. They are so well in control that people don’t ever imagine that they have really long legs that they have to control.

The owl here seems to have a question in its mind. Is it wondering if we are more fascinated by its beauty or by the beauty of its legs alone?

We never really do think that owls have such long legs because all the pictures that we normally see have these beautiful legs concealed by fluffy feathers. But, once we see pictures that reveal the beauty and power of these legs, it is not possible to forget the fact at all!

Unbelievable but true. That is how long the owl’s legs are!! Look at the huge step it is taking. Amazing.

Look at the incredible look of determination in this owl showing off his long slender legs. The legs actually look like two sticks that support a fluffy ball on them!

Last but definitely not least! This is one of my favorite pictures that display the beauty of the owl’s legs.

What would your reaction be on seeing an owl really head at you like this? Would you be overcome by fear or will the sudden sight of the unexpectedly long legs make you laugh?

How long are owl legs?

The owl is a nocturnal bird of prey that is found in all parts of the world. Owls have long legs that allow them to walk and run quickly in order to capture their prey. Their legs are also very strong, which helps them to perch on tree branches or poles for long periods of time. Owls use their legs to catch prey such as rodents, birds, and insects.

The average owl leg is about 9 inches long but can vary depending on the species of owl. The tarsus, or ankle, is usually the longest part of the leg and is made up of three segments. Each segment has a number of bones that form a hinge joint, allowing the owl to rotate its leg 180 degrees. This flexibility allows owls to perch on tree branches without having to move their legs around.

Why do owls have long legs?

Which Owl Has the longest legs?

One way to determine which owl has the longest legs would be to compare the length of their legs relative to their body size.

What do you call an owl’s legs ?

There are many names for an owl’s legs. Some people call them “talons,” others call them “claws.”

Does Owls Have knees?

Every day, we learn something new. Today, we learned that owls have knees. Owls have long been thought to lack knees because of their extremely flexible legs. However, recent evidence suggests that they do in fact have knees, though they are not as structurally sound like those of other birds.

Do You think owls can walk ?

There is much debate about whether or not owls actually walk. Some people say that they glide because their wings are so big, but others insist that they walk on the ground just like other birds. But the truth is – they can walk. A study published in the journal The Auk: Ornithological Advances attempted to answer this question by using high-speed video footage of owls walking and running.

Does Owls can Run?

Yes. They do run but very rare you will see them with a short sprint. In the bird world, there are runners and there are fliers. Owls are stereotypically seen as wise, nocturnal creatures that silently swoop down on their unsuspecting prey. But can owls actually run?

Despite their hefty size, owls are incredibly nimble on their feet. They have specially adapted feathers on their feet that act as natural snowshoes, allowing them to stay perched on icy surfaces.

In the summer of 2017, a Burrowing Owl ran through a busy intersection in Fort Collins, Colorado. The owl was first spotted perched on a traffic light, and then it flew to the ground and started running through the intersection. It was captured on video by several drivers who were stopped at the light. The owl was likely looking for a place to nest or hunt.

Do Owls can walk Backwards?

Owls are known for their distinctive look and their impressive hunting skills. What you may not know is that owls can walk backward. Owls have several features that allow them to walk backward easily. Their feathers are soft and flexible, which allows them to move in any direction. Their large eyes also help them see clearly in all directions. Owls use these features to hunt prey, escape predators, and navigate through dense forests.