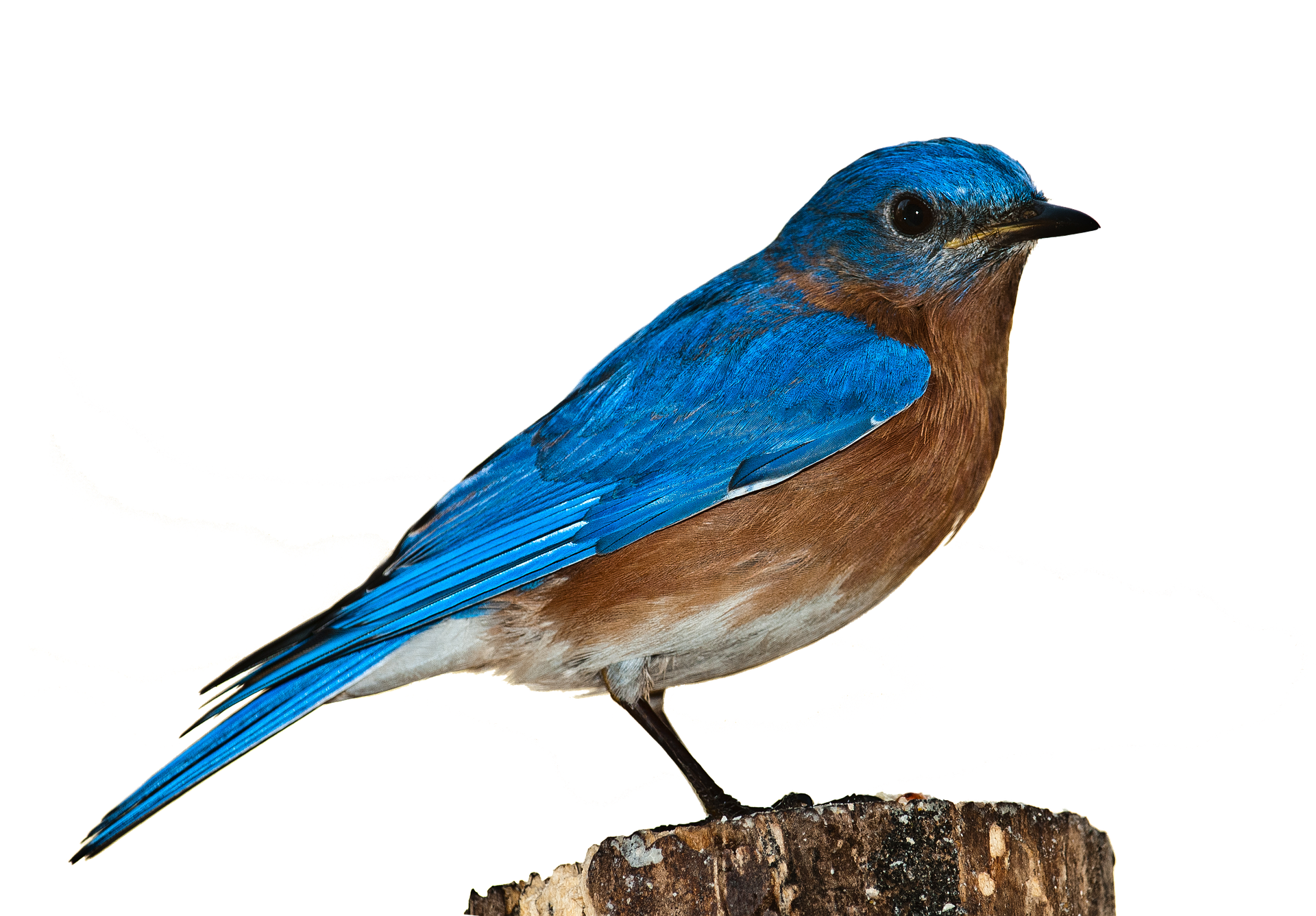 None of the beautiful bluebirds you see in your yard or at the feeder are actually blue due to pigments in their feathers. In fact, as far as we know, no bird in the world contains a blue pigment in its feathers.

It turns out that it is very difficult for living things to manufacture blue pigment. Therefore, the blue color we see in bluebirds comes from a pretty cool optical illusion.

Pick a bluebird feather, twirl it between your fingers—is the feather truly blue? Now try crushing a couple of barbs and see if they’ll produce anything containing a blue pigment.

The fact is that the blue appearance of bluebird feathers is nothing more than a really awesome trick of the light.

When light shines on these feathers, they appear blue. However, when the light shines through them, they’ll look gray or black. Simply put, the feathers only look blue when lights shine on them.

Indeed, bluebird feathers might look uniformly gray or black to the human eye under UV light.

People having this epiphany will inevitably wonder how these tiny birds achieve such an impressive feat?

Why are Bluebirds Blue?

Plumage coloration in birds is usually due to one of two things—either:

The colors displayed in avian plumage may be produced by chemical pigments (often referred to as biopigments). Biopigments commonly found in bird feathers include:

Red and yellow plumage get their color from actual carotenoid pigments. On the other hand, Melanin pigments give feathers black or gray colors.

Blue hues are different—birds can’t make them from biopigments. The blue color we see in bluebirds, for instance, comes from light subtly interacting with barb molecules to produce what is known as structural color.

In 1869, John Tyndall, a physicist, demonstrated how fine dust particles preferentially backscatter blue light when white light illuminates them. This phenomenon, thus named Tyndall structural color, is also responsible for the blue color of the sky. Gas particles in the atmosphere scatter away blue light making the sky look blue.

The structural blue color of the bluebird isn’t due to pigment. Instead, it’s a result of light being absorbed and scattered by small bodies in the spongy keratin layer of the feather barbs.

Scientists have proven that, indeed, no blue pigment exists in bird feathers. Nevertheless, Bluebirds have a striking non-iridescent coloration on their heads, backs, rumps, wings, and tails. How does this come about?

Although their plumage is backed by the melanin pigment in the feather barbs, bluebirds are mainly colored by absorbance and scattering of certain wavelengths of natural light.

Using various analysis techniques like spectrometry, Fourier analysis, and transmission electron microscopy, scientists have demonstrated that the blue hue in bluebirds originates from the keratin and air molecules within feather barbs. Some of the molecules absorb specific wavelengths of ambient light. Other molecules scatter the light to create a reflectance spectrum with the blue coloration.

Bluebirds look blue because their feathers have small molecules that scatter and amplify blue light back to our eyes. From a chemistry point of view, their feathers don’t contain any blue-colored pigments in them.

Hence, one may correctly say that bluebird feathers aren’t actually blue; they only appear blue because of how they interact with light.